In the name of love

I swarmed through oceans of mysteries and drank fire and brimstones

While dancing upon Mount Everest

I found the magic in the reasons

That took us outside the realm of impossibilities

Where many failed to succeed

I spent hours rediscovering and protecting myself

All the while searching for definitive answers

I was lodged in a place that sheltered me

While other stars burned out

While your reverence surround me

I stood atop the sun and slowly drifted amidst the storm

While humility radiated from core

I crossed a spiritual bridge and made love

In the sanctuary of endless visions

I searched for boundaries

Where, knowledge was supposed to be applied and

Where life had no limits

I watched people searching the world

While cities cried out in vain

I crossed a river and its waters contained

The bitterness of stolen memories

While the waves sang shamelessly

I cast out their dreams containing the demons

I swarmed through oceans of mysteries

While dancing atop Mount Everest

We the people, assumed World Power as the ultimate power

While we endlessly undervalue its reverence and political standings

I swarmed through oceans of mysteries

Drinking fire and brimstones while dancing atop Mount Everest

Whereas I swarmed through oceans of mysteries

Drinking fire and brimstones while dancing atop Mount Everest

Began to wonder In the name of love; are we not our brothers’ keepers?

™A Mental Stimulation A Verbal Penetration 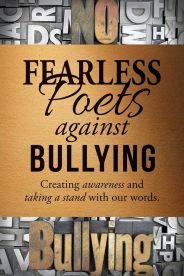 Why say you; are we haunted by such low self-esteem

I’ve looked towards the rafters though none could be seen

She hurried towards the sound trying to escape

The fear of fear now so strong, giving off an aura

A warning of; I do not belong “gripping”

She heard it; her own fate

She looked at it

The void, the emptiness, pumping, her heart raced

How did this happen

Clearly her judgment was wrong

How will she escape

Absent of time; absent of space

Wondering would she get out of this scrape

The hold so strong she thought why not try

How could she go wrong

Would she? Could she

Should she scream rape

Will someone hear her

See her, catch her psychosis on tape

Drench in her personal fear, a sensation of wrong

Her thoughts became euphoric, and her cries became a song

Out of the fog; she has since escaped

Escaped the misery, the emptiness, of that dark place

“The fear of fear is in its self; the fear of life and nothing else”

Image by hepsylone on tumblr.com

As he continued to stroke it as if his own,  I bit my lip while his hands sure and full of body  entangled with mine began to touch me

You see in the midst of all this madness
I had cracked the corruption
That was hidden in my very own soul,
So I turned on these null and void emotions
Like the quick sand, it was
Like the poison flowing from his lips

Like a bad taste in my mouth;
Waiting for me to spit,
So I stopped
And asked my self
Was it; was he,
Worth all this

Yet she seems unable to recognize
That this picture perfect woman
Of whom she sees
Is the mirror reflection
Of what became of; she

Taking it down deeper
As she crosses the room
She’s leaving time behind her,
And all its darkest gloom
She’s that little girl serenity
All grown-up

Facing the aging nemesis
No longer the sweet buttercup
Time is her worst enemy,
Her memory almost gone
Her hair, body and nails are brittle
And completely worn

As she looks in the mirror,
All she can see
Is that strange looking woman
Questioning
How do you
Know me

The word “element” is and was originally used to refer to one of the four fundamental states of matter, solid, liquid, gas and plasma. Beginning with the Babylonians well through to the days of the Greek philosopher Empedocles, several ancient philosophers also used the term “element” to refer to a set of archetypal classical elements to explain patterns in nature as in Earth, Water, Air and Fire. It was Aristotle who in about 350 B.C. conceived of the idea of a “fifth” factor which he called quintessence which formed the heavens.

In Silk Elements, all of these philosophical expressions are used to refer to a state of being, where there is a soft exhibition area that explains the patterns in and of A Poets’ origin through poetry. Rather than the chemical elements of modern science inside A Poet’s Origin you will find Silk Elements as the following “Perception/air, Tears/water, Existence/earth Seductive/fire and Personification/quintessence.”